Some other notable firsts this year. Don Gillott appeared, and on “percussion” too (we’d only had “drums” previously!): Don stayed for 12 years. In addition, the musicians listed a Synthesiser amongst their instruments for the first time. And playing the part of the Bear… one John Lake, of whom more later…

Ken produced (and again wrote the script), with June Salt as assistant. Sally Capp is listed as Choreographer for the first time: she’ll go on to choreograph 16 shows before standing down in 2011. How many dances is that to create and to teach ….? 100? 150?

Ken Fielding wanted to drop into a well. He started up in the roof on a short rope and climbed down. Predictably, on one night he fell, and brought down a shower of light bulbs with him, which prompted Andrew Milner to rush on with a brush 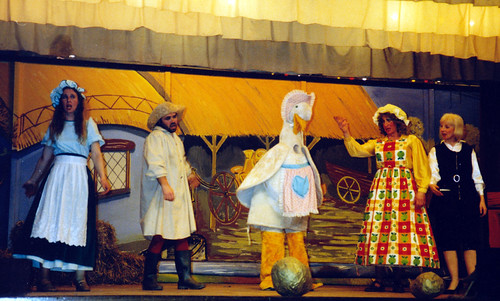 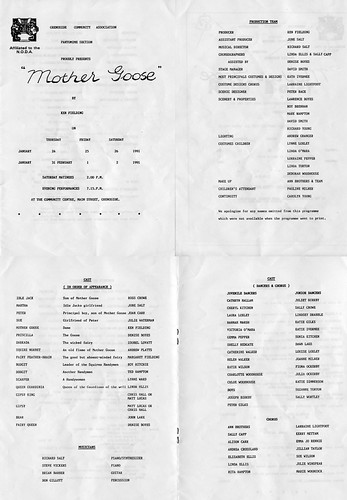 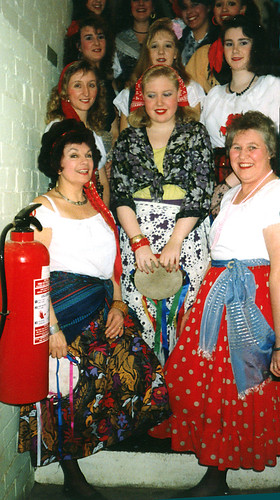 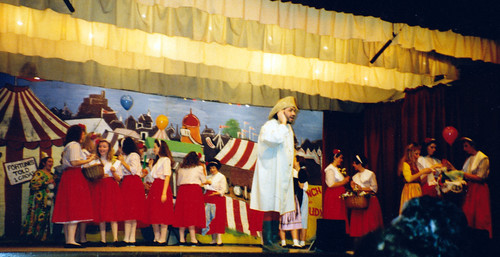 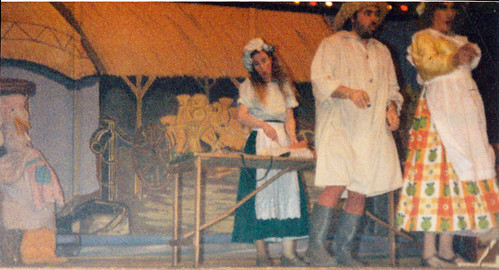 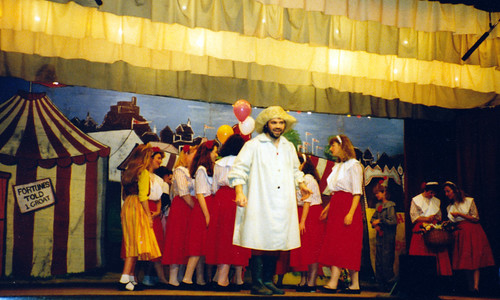 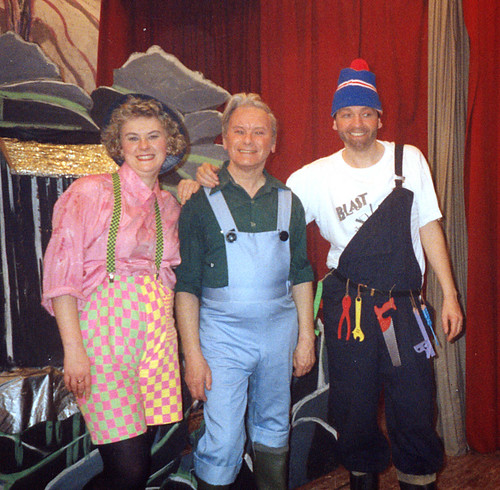 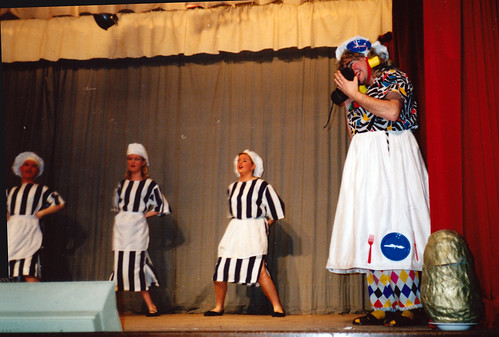 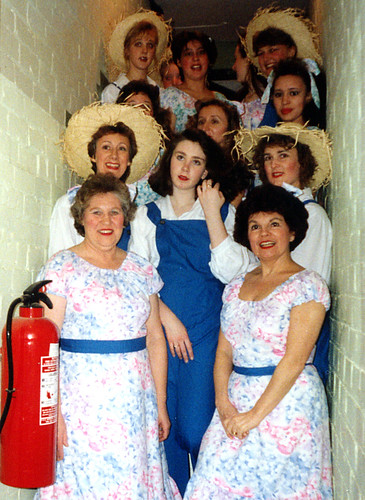 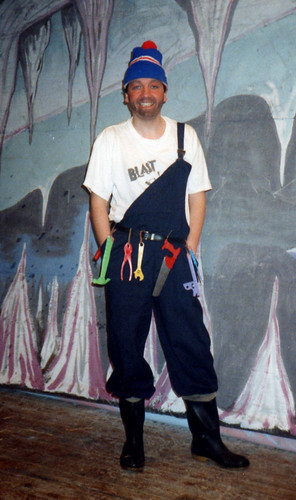 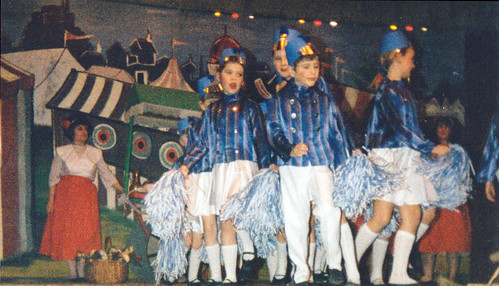 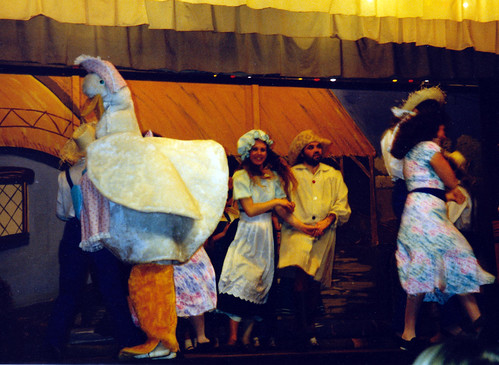 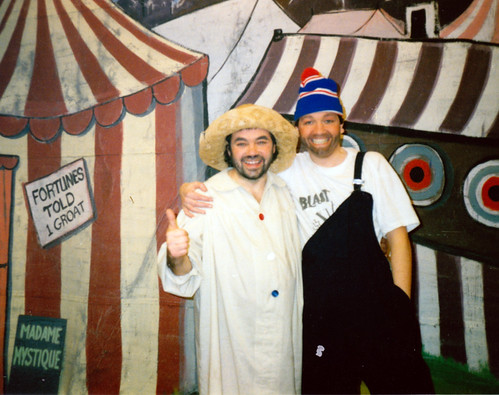 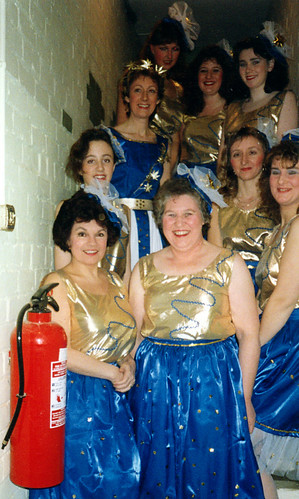 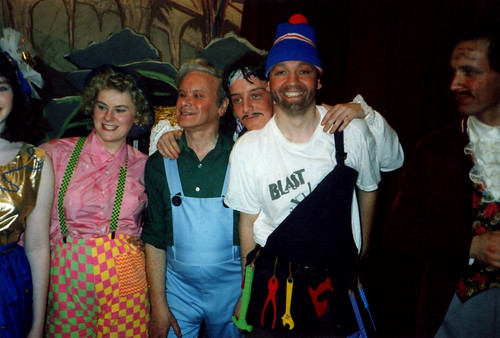 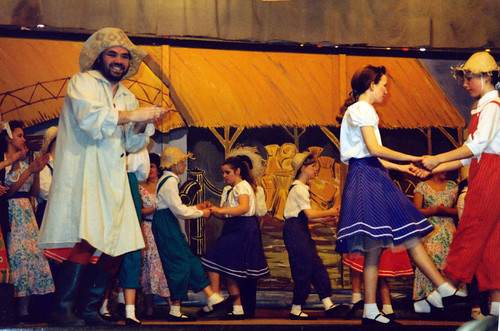 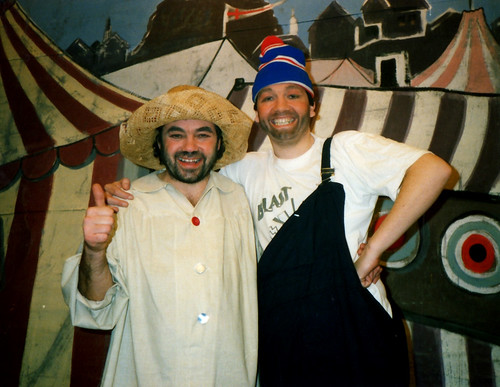 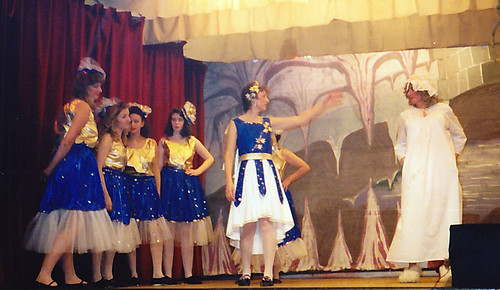