Ted remembers the cast singing “Give me some men who are stout-hearted men”. He also remembers that the author Wilfrid Miller and his wife were invited to the performance and thoroughly enjoyed it.

Ken and Margaret Fielding make their first appearance. They will go on to do 17 years, often with Ken as the Dame. Sally Capp, having been involved from the start, leaves this year. She will return in 1990, though, and again in 2016….

Dame Brian Prince had a long stripey woollen costume, knitted by Carolyn Young. In fact he had two: since he gets shipwrecked and therefore wet, the wool would have shrunk, so Carolyn knitted him a short version as well!

Ken remembers Graham Wragg as Suckett, and himself as Cee (who thinks these names up?). The pair always appear together … except when they don’t. For one scene Graham wasn’t ready, so Chris Birkby, as Will Atkins, had to go on stage with only Ken. Luckily, Ken knew his own part and Graham’s, so was able to say both sets of lines as if they were his own. When Graham finally got on stage, Ken could say, in character, “Where the Dickens have you been?” and no-one’s any the wiser! 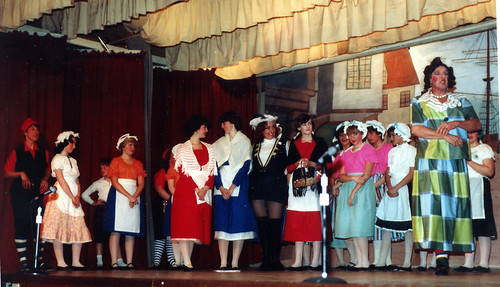 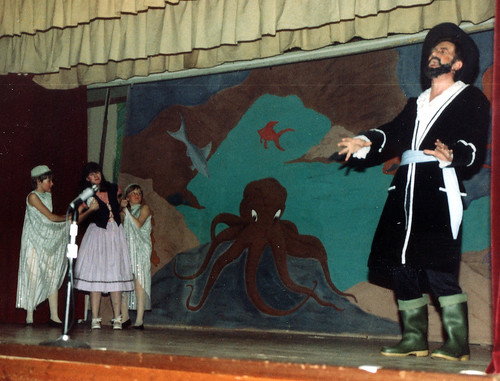 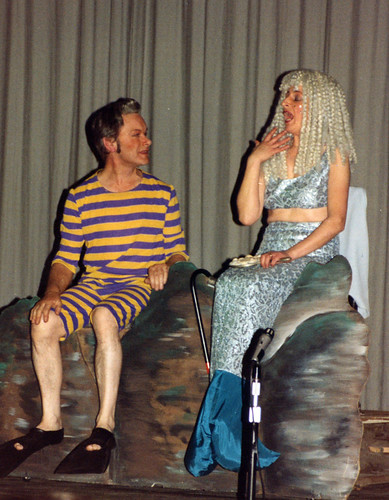 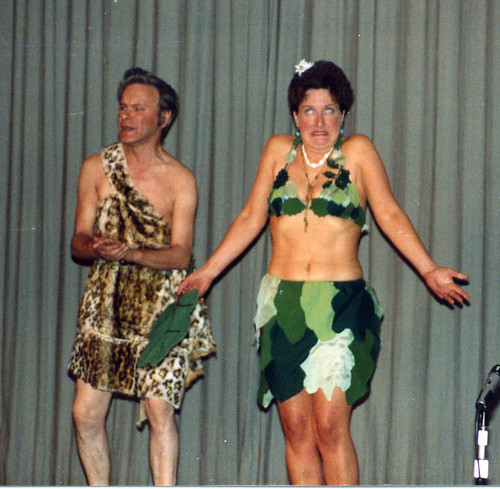 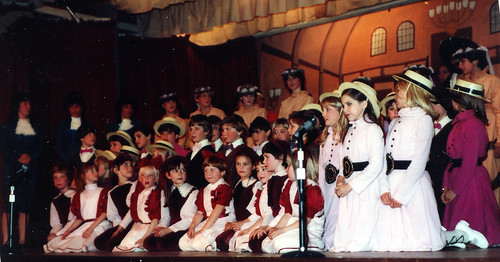 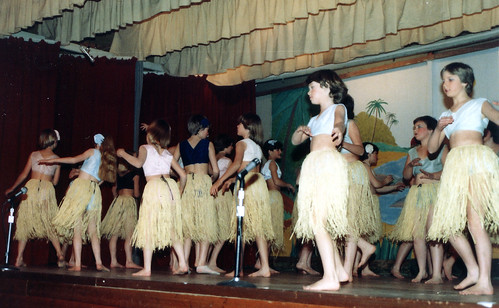 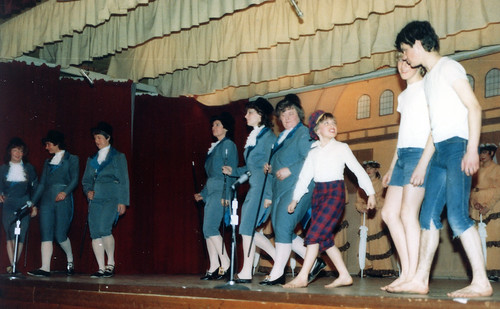 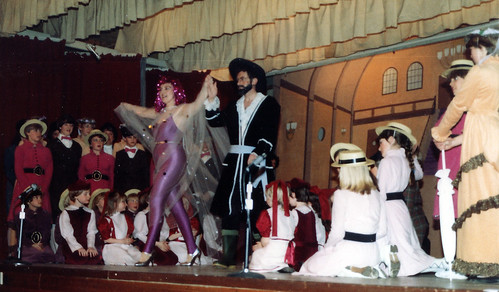 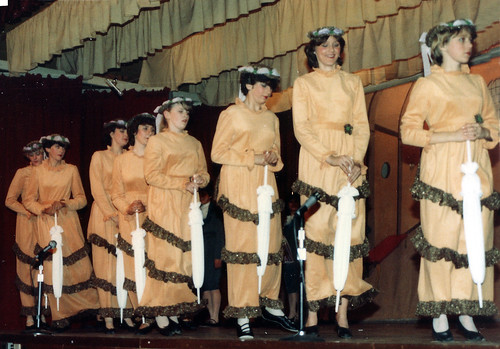 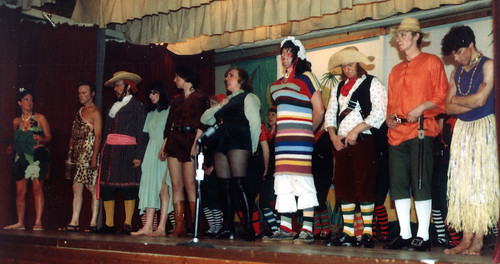 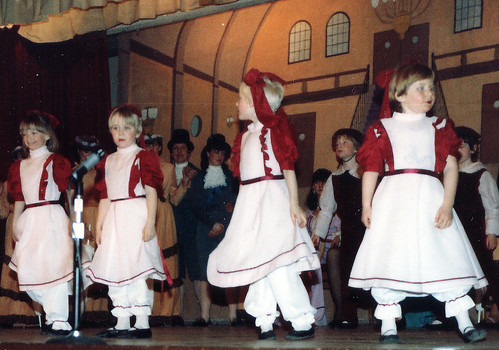 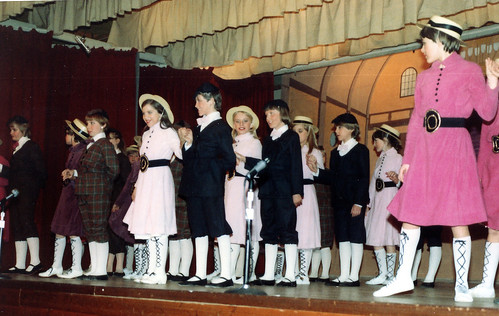 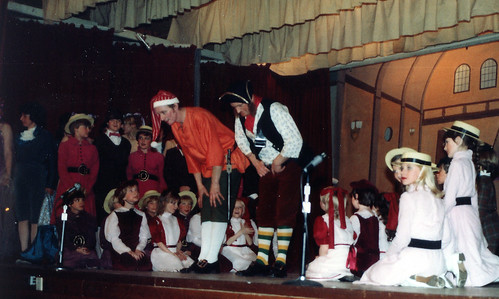 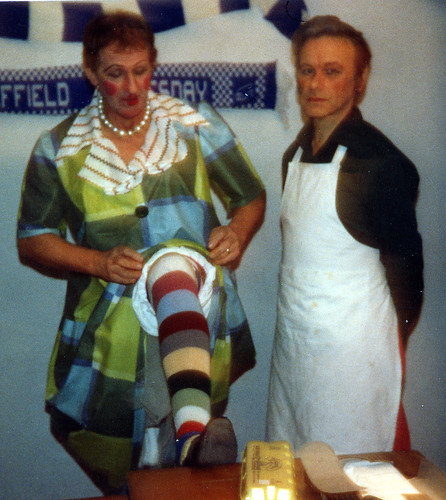 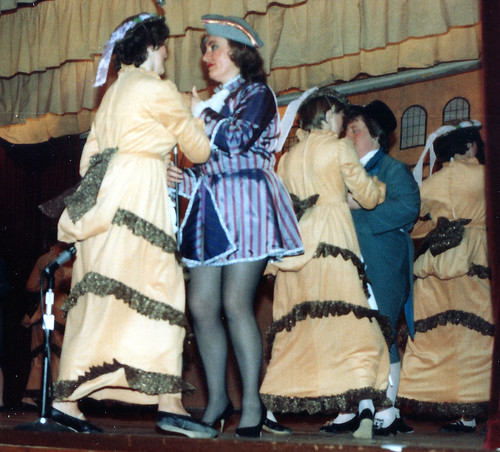 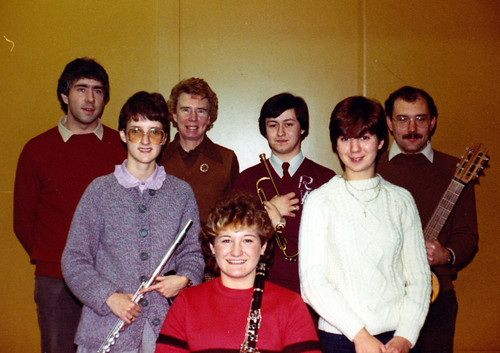 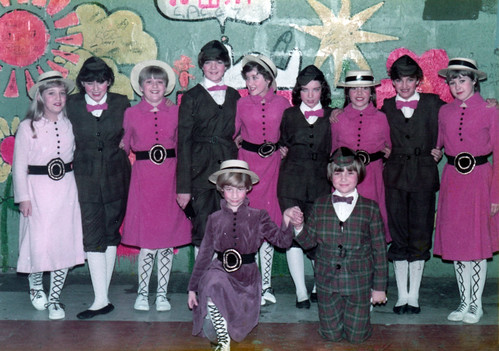 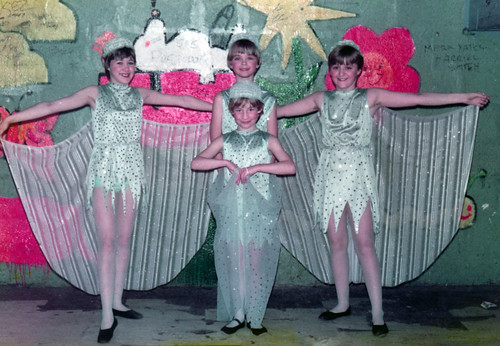 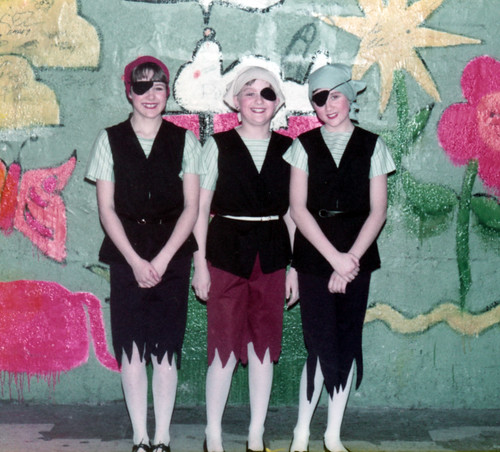 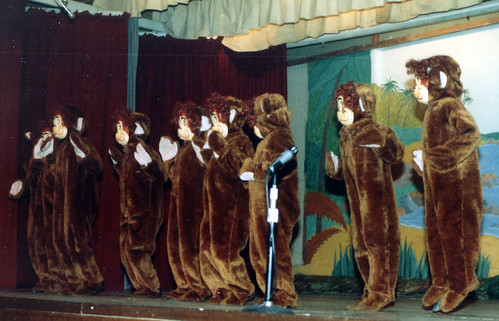