Aladdin saw the debut of a young lady called Gemma ”Fairy Snow” Pepper. She was only 5 years old, with just one line to say  “I am Fairy Snow”. However, she said it with such confidence, very loud  and clear that all the audience could hear  – some people still call her Fairy Snow to this day. For reasons now forgotten, she had to be inside a washing machine to deliver this key line. She didn’t like this, but luckily Richard Young Jnr also had to sit inside, so he could make the bubbles. Gemma went on to appear in the pantos for another 10 years.

Pauline Milner also joined, staying for 14 years. Rita Hampton, after 12 years doing off-stage jobs, appears officially for the first time in the chorus. She remembers being dragged on stage last year for one dance, but that didn’t get into the programme.

Joan Carr remembers Chris Birkby in a black beard and turban, though it was to be his last appearance, after 12 years. She also remembers making the head-dresses, and the kids coming on to fix the washing machine.

Ken produced again, this time with Joan Ritchie as assistant – her first in the producing job. Ken was also Dame, and apparently had an accident where he burnt his shirt! 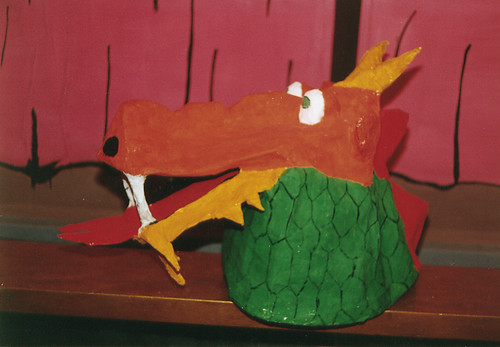 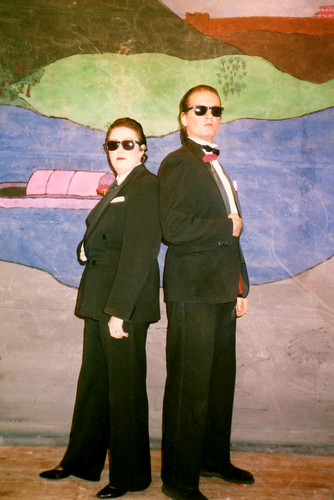 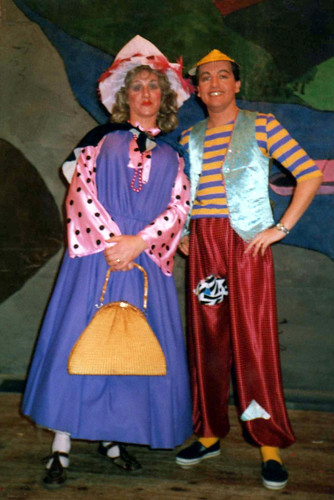 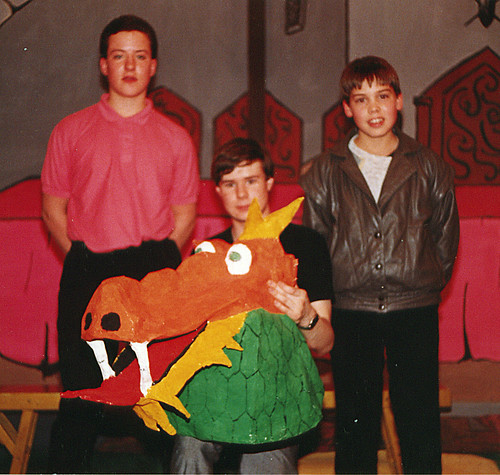 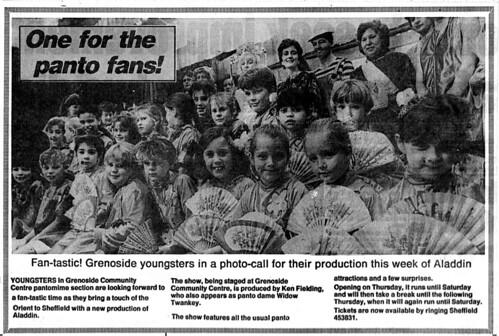 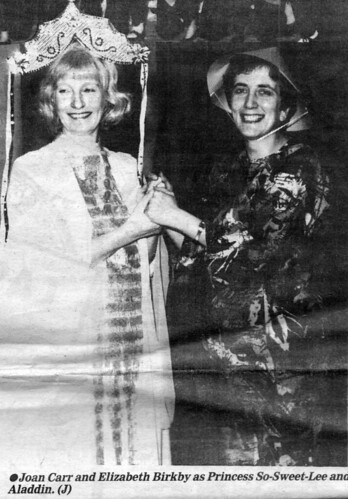 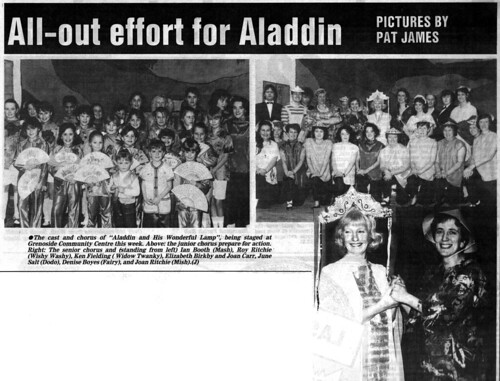 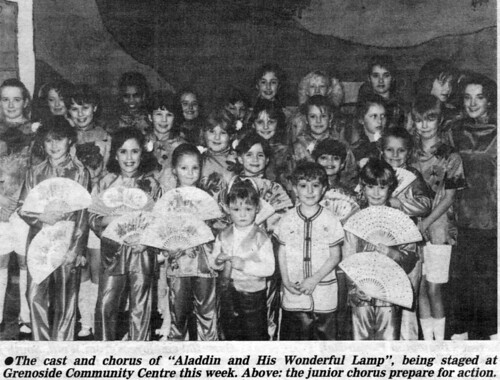 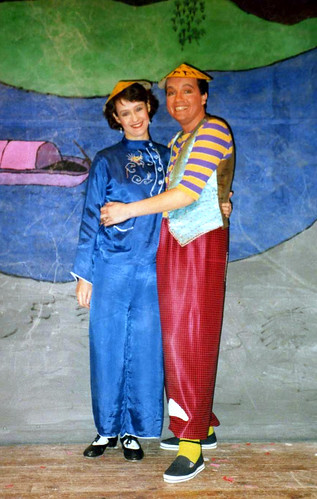 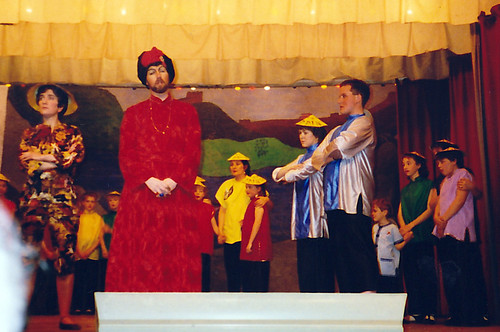