This show holds the audience record of 2212, mainly because of a block booking for the Don District Scouts and Guides. Some of the smaller Brownies were unprepared, however. When Pauline Womersley sat on her throne, with a big pagoda-style hat, strongly backlit to make her almost a silhouette, the Brownies were scared and started screaming.

Craig Palmer got a shock of a different kind: he was using 6 electrical rheostats to control the lights, and got an electric shock which threw him to the back of the stage. We’re not sure which came first, but Craig was offered a lighting job at the London Palladium. His dad took him down, but as the best they could afford in terms of lodgings were not good enough for Palmer senior, he brought him home again.

It was also the first time that casting auditions were held. Barry Twelves produced, apparently for the first time, using another script from last year’s Wilfrid Miller. The cat was Rebecca Womersley, Pauline’s daughter.

4 year old Katie Ivermee (later Bullock) and her mum Kath joined this year. Both stayed for 21 years. Kath (a seamstress) was asked to start a wardrobe which could be rotated and used each year. Easy, right?

Roy had never appeared on stage before. His friend June Salt (who played Colin) roped him in to join the chorus. Someone dropped out, and he and Joan were promoted. Then someone else dropped out …. They ended up as principals playing Ben and Bertha. 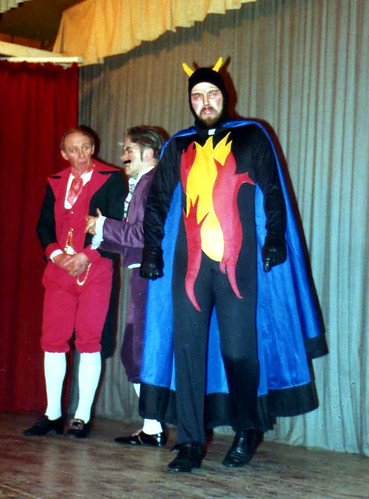 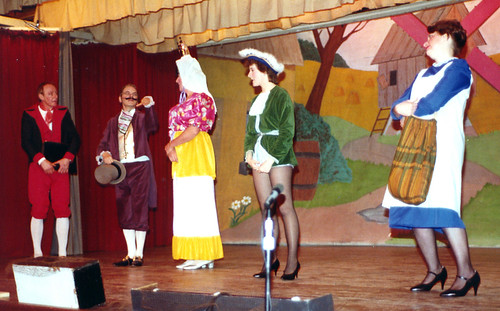 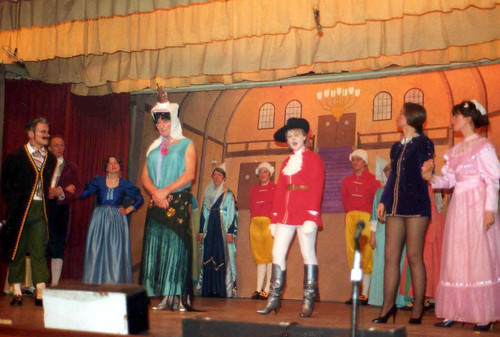 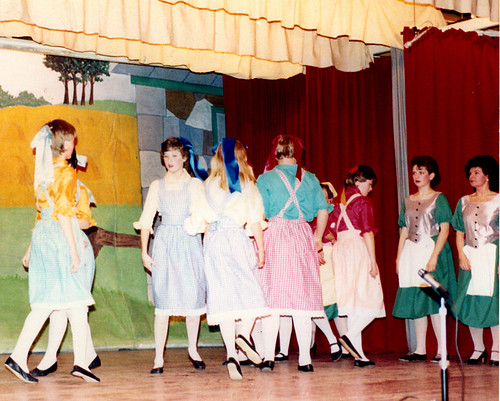 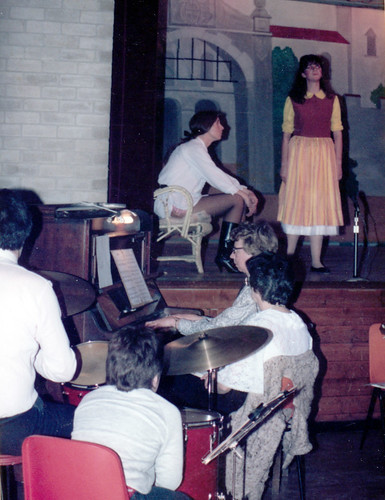 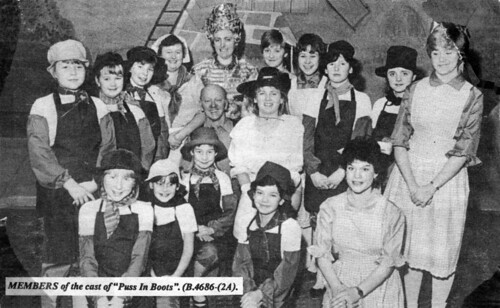 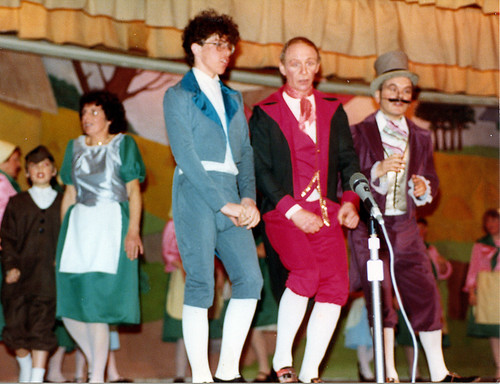 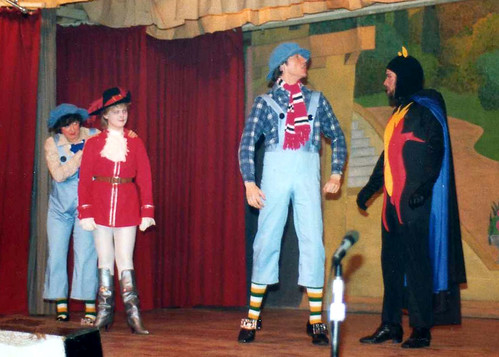 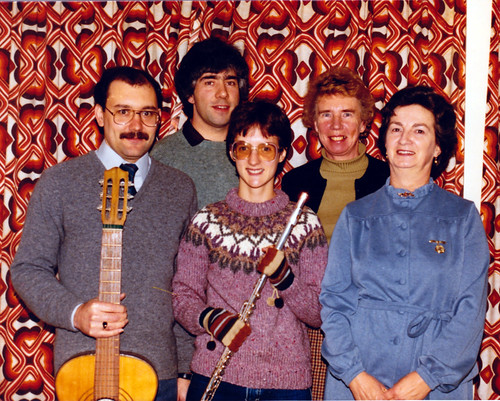 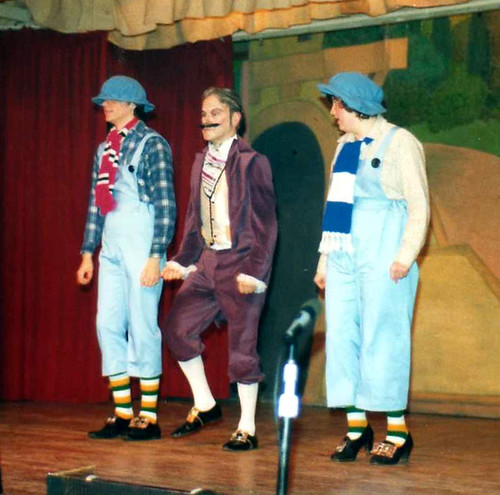 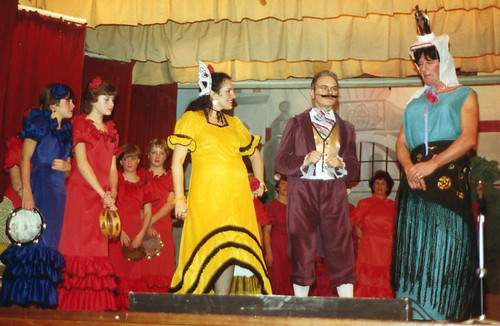 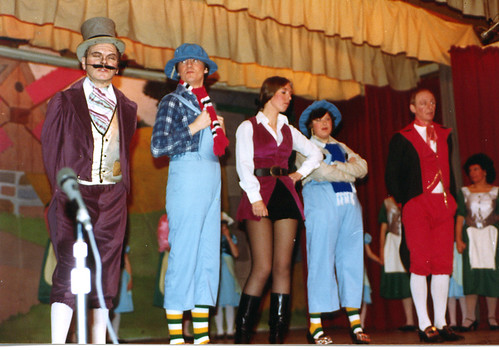 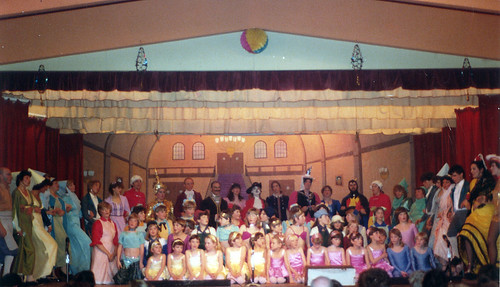 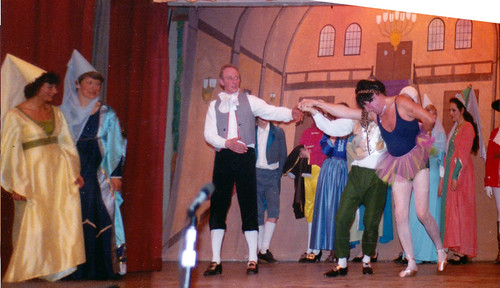