Ted remembers Andrew Nimmo and his wife, borrowed from the “Roses” society. Andrew was the Pied Piper – something of a key part. For the Saturday matinee, the cast were told to “be there by 2”. At the appointed time, all were assembled, except Andrew, and after a short delay the show had to start without him. He’d been a few miles away in Sheffield, delayed because there was a football match at Hillsborough. Beryl Wragg drove off to find him: luckily she saw him on a bus, and he saw her. He had his costume so was able to change in the car, and managed to rush on stage by page 9 putting on his waistcoat, missing only his make-up, and with a few lines of dialogue to spare.

Speaking of make-up, Ann Brothers makes her first appearance in this department. She’ll end up doing 19 years. Pauline Womersley also joined. Pauline had a beautiful soprano voice. Sarah Fielding joined this year, the first of seven, and it caused mum Margaret to put dad Ken’s name down as a joke. Ken did join, and stayed for 17 years.

According to the programme, there were 50 dancers, in three groups. Not only that, but the 33 girls in the “Junior” group were further split into two sets. Presumably they performed on alternate days? This set-up lasted for another 4 years, till the numbers reduced

For the first time, Lighting is mentioned in the programme. What happened to the lighting setup to warrant a specific person being needed we have yet to find out! As yet we haven’t found any photos to help us. The musical accompaniment seems to have become more sophisticated too: for the first time, there’s a guitar, a flute and a trumpet.

Carolyn Young played the Dragon, but was also prompter, so she prompted in her dragon suit. This seems to be her last time on stage.

Several people seem to have left the group after this show, to form a breakaway group which became the Grenodears 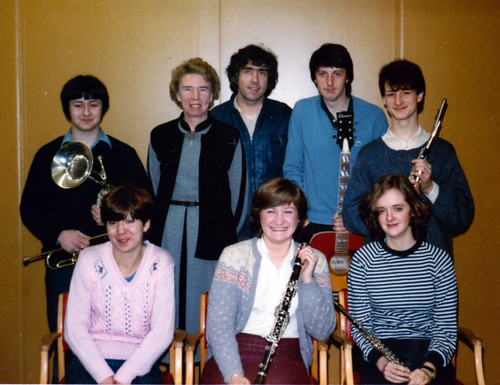 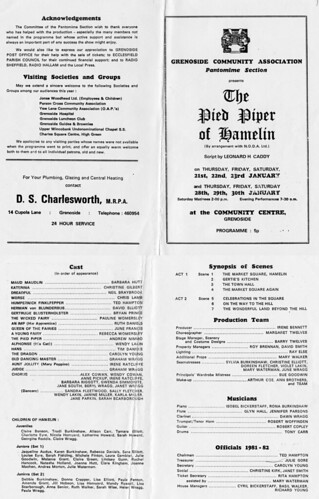 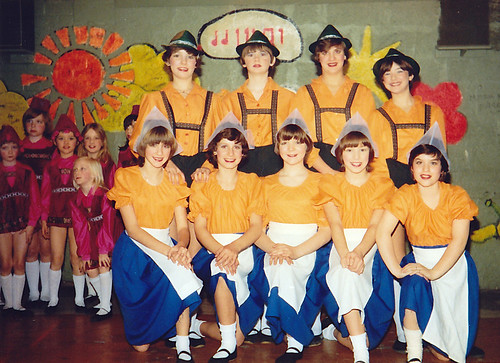 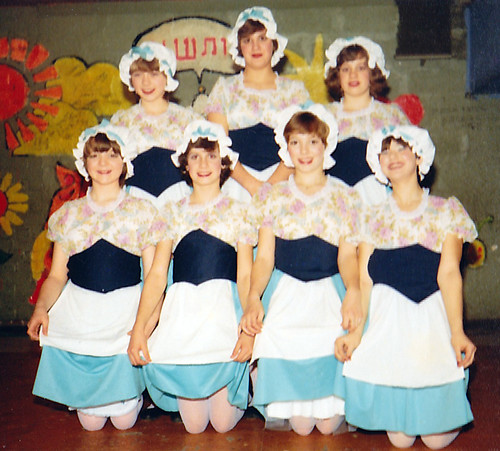 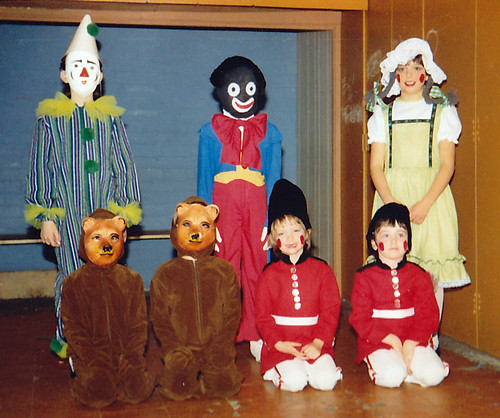