Produced by John Francis,  who often held rehearsals at his house. He took the job very seriously, and would often become furious with the cast.

Bryan Prince makes his first appearance, as an Ugly Sister. Richard Young is also mentioned for the first time: he will stay for 22 years, as props, house manager etc (and is still involved to this day even though he doesn’t get listed in the programme!). Richard remembers being downstairs with Dave Smith, painfully printing the tickets one by one on an old printing machine.

Carolyn Young was Little Miss Muffet. She had a scene with June Francis as Dandini, then both returned to the dressing room, while Prince Charming (Pauline Smith) took the stage. Offtstage, June took the opportunity of a leisurely visit to the little girls’ room. However, Prince Charming made the mistake of skipping 6 pages, so Carolyn and June had to be hurriedly fetched back on. As June made herself presentable in the wings, Carolyn ran on stage, skidded to a stop, and delivered her line. Prince Charming went back to do the missed pages a little later…. and no-one noticed!

We think it was this year that a very bad snowfall prevented a party of schoolchildren getting to the show. A special matinee performance was put on, and was so popular that it was kept as a permanent feature from 1980. This year an extra day was added to make it 6 performances, Thur/Fri.Sat, then Thur/Fri/Sat

Carolyn Young remembers 3 idiots called Rag, Tag and Bobtail. In one scene, they came on with different costumes to what she’d been expecting, which made her laugh. It also made her fluff a line: what should have been “the last time I met a man” came out as “the last time I had a man” which isn’t quite the same thing. The idiots reacted by forming up in a little queue….

Julie Waterman remembers being one of seven girls dressed in ballet costumes of the colours of the rainbow. They were singing, perhaps predictably, “We can sing a rainbow”. 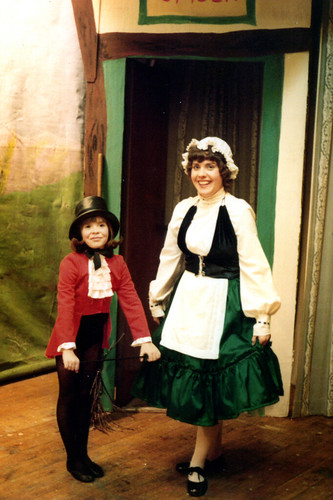 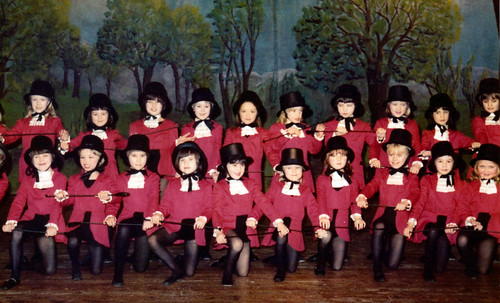 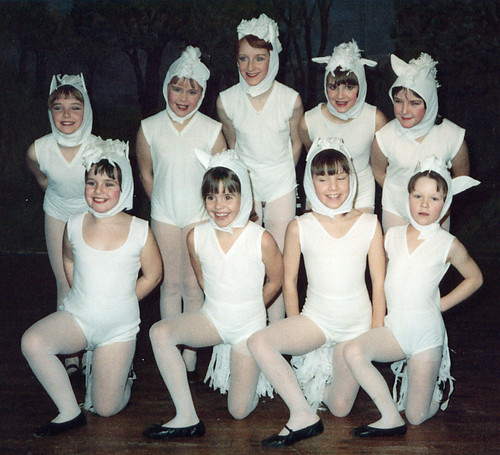 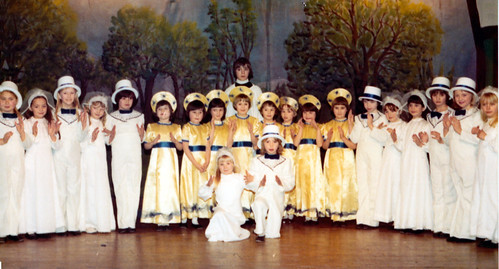 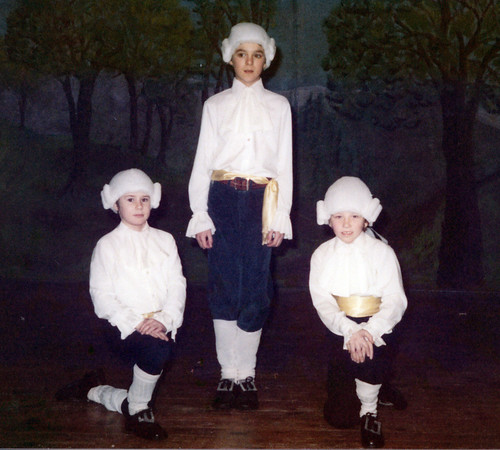 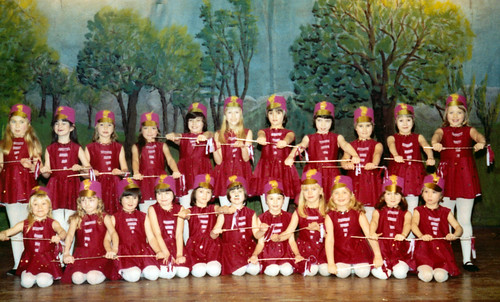 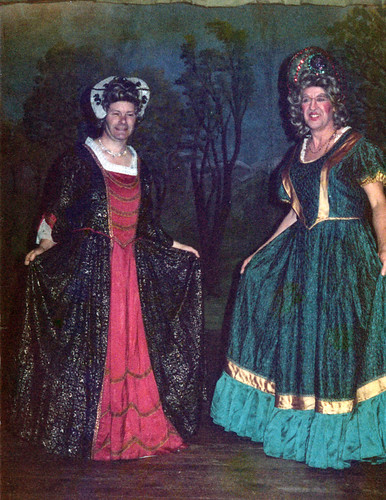 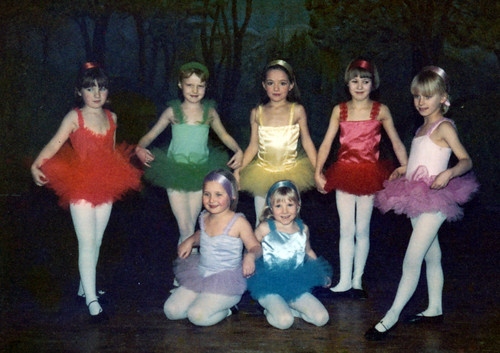 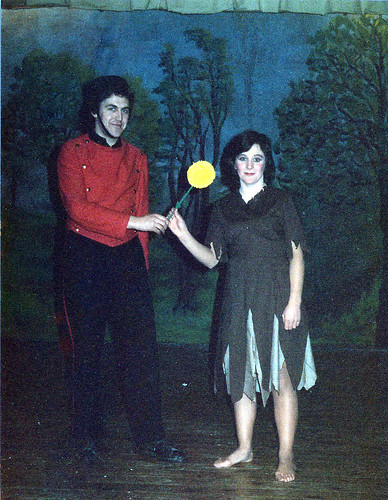 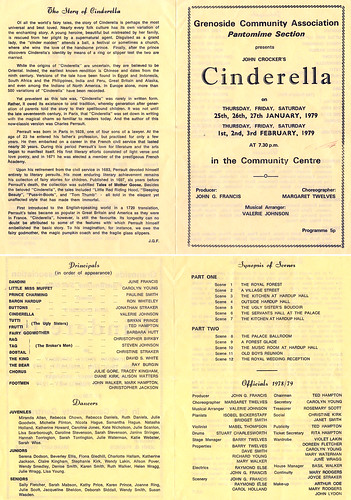 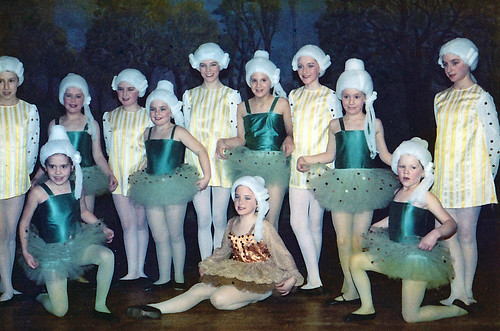 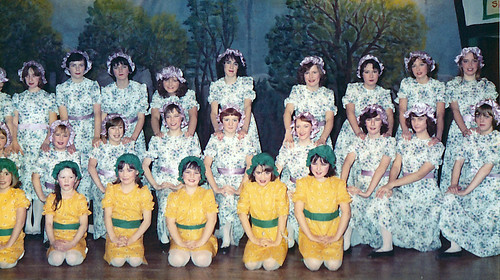 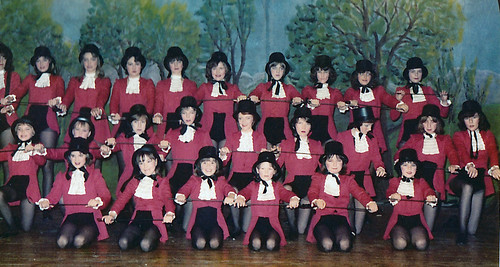 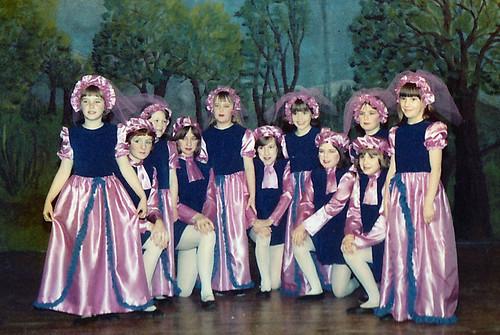 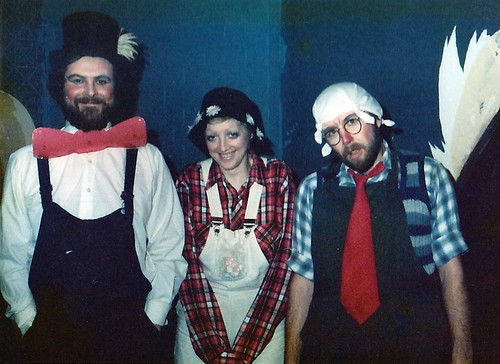