After a close vote at the AGM, Joan Ritchie took over from Ken as producer. Ken appeared on stage, his 17th year, but it was his last time. Dave Smith also left, having worked backstage for 22 years – a span which included the previous two Cinderellas as well. Denis Willis was cast as a (female) witch, and his wife Jackie began her career in costumes, helping Kath Ivermee.

Ross Crowe and Mick Travis were the two ugly sisters (Potterina and Lavatrina): at one point, Ross was sat in a plastic chair: Mick is frightened and jumps into his arms, but on the first night the chair wasn’t up to the task and collapsed under their combined weight. The audience loved this, and it was kept in for the rest of the week. What the audience didn’t see that first night was that Ross damaged his elbow, which kept him in pain for eight weeks.

Ross also remembers doing a mirror routine with Mick, where they’re dressed identically and do identical things either side of an empty mirror frame [so it looks like a mirror… do keep up!]. One trick was to apparently “dust” the mirror, with Ross and Mick pressing their dusters together and rubbing [still with me…?]. However, when Ross turned away he took Mick’s duster with him as well, which the audience loved – so they kept it in (and we used the same joke in the 2014 Cinderella….)

This seems to be the first show where we used “My Bonnie” as the community song. We’re still using it…. 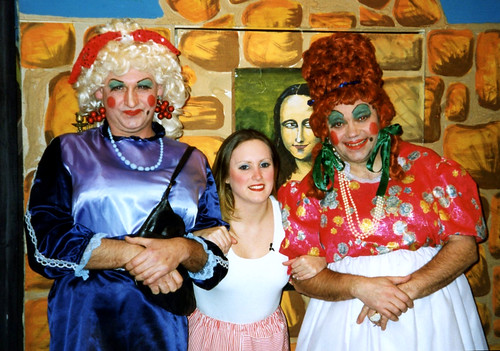 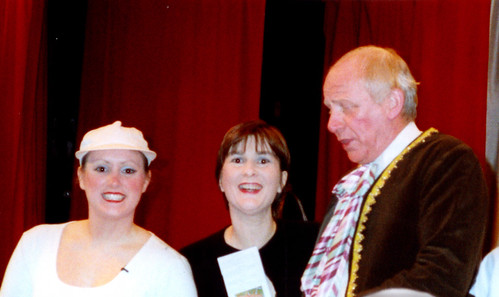 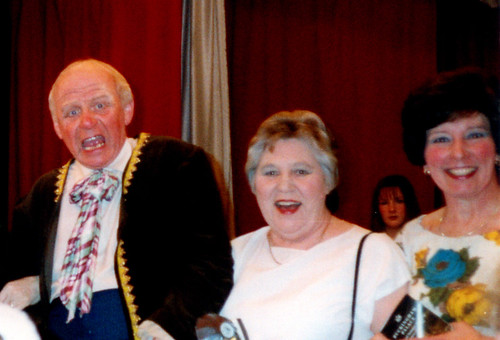 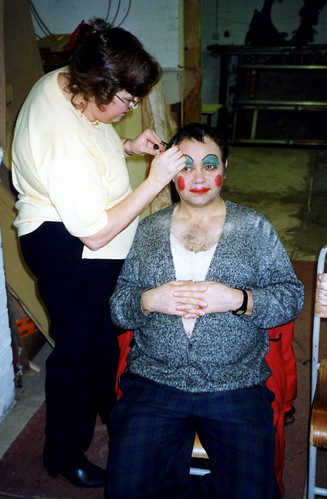 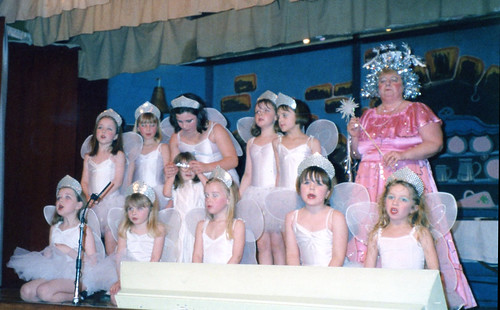 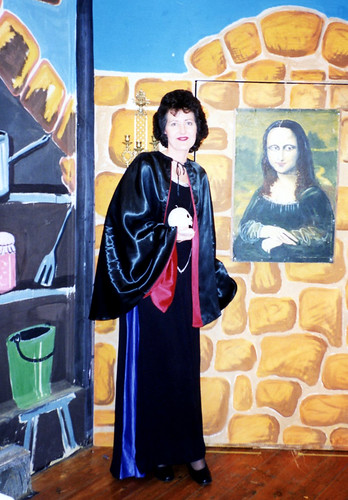 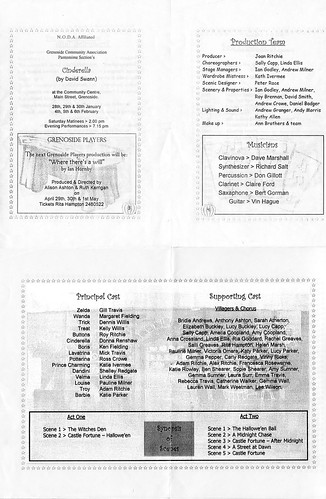 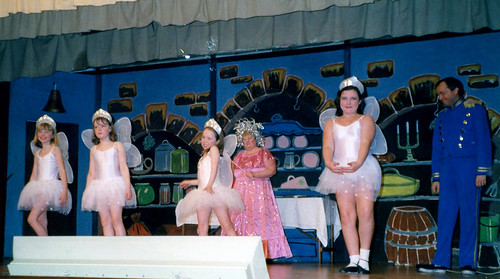 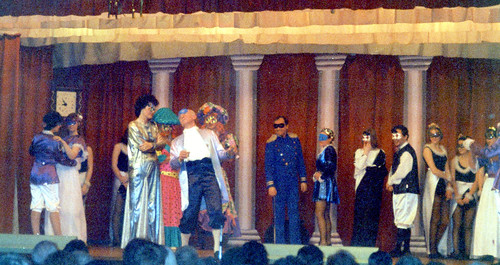