For the first time, a set was used on stage, built by Mark Hampton. It was made of hinged sections which could be moved and rotated for different scenes. Sally remembers a series of archways stretching across the stage, with a cabaret section at the end.  However, it was apparently built a few centimetres too high at the front, so kept catching. The arches were also too narrow for the girls to get through with their dresses!

Ted remembers Liz Birkby singing “Cabaret”, and there was a tap dancing number to “42nd Street”. Don Gillott remembers someone using a fishing rod, and “catching” Ali’s wig. Don had to provide a Swannee-whistle noise to accompany this.

Three new starters this year: Ian Godley and Andrew Milner joined up to help backstage. Ian would stay for 14 years before leaving to help the Drama section, and Andrew is still with us. Mick Travis also joined, and would stay for 16 years. Roy Ritchie remembers the first time he and Mick met was when Mick was cast in Finian’s Rainbow and came to ask Roy for advice about the Irish accent.

It’s also the first year when Ross Crowe played the Dame, in this case Fatima Kebab. Ross modelled his act primarily on Ken’s, but added mannerisms from Hilda Baker and Les Dawson (look them up on Youtube, and you’ll see…)

Producer duties seem to have swapped, with June Salt doing the honours and Ken as assistant. A script from David Swann was used, the first of three. 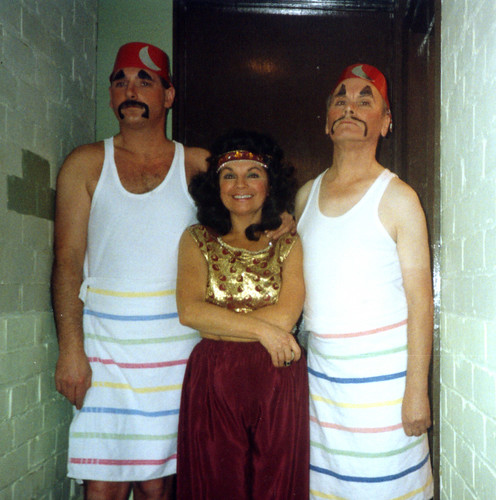 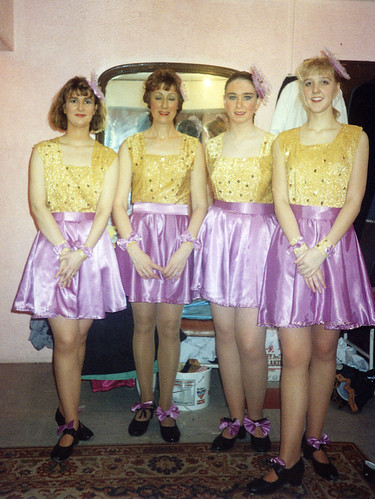 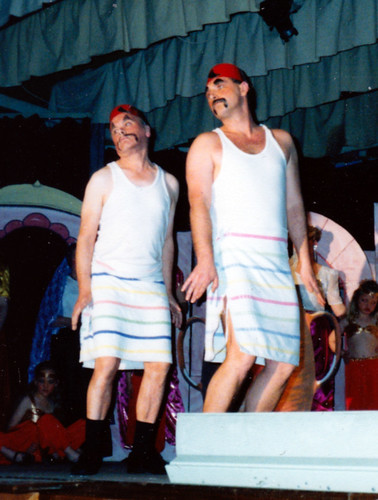 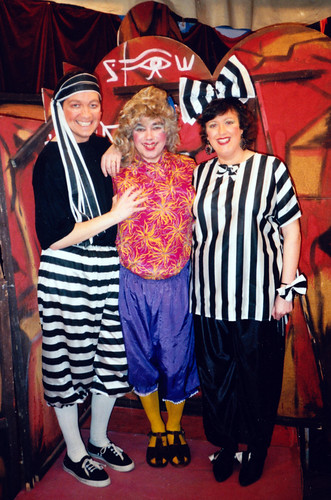 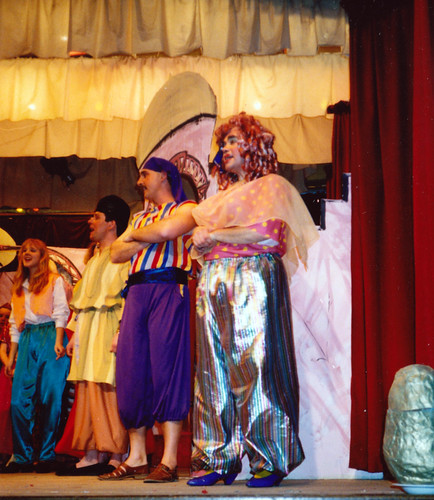 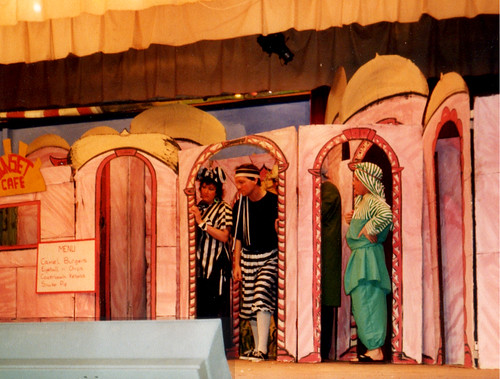 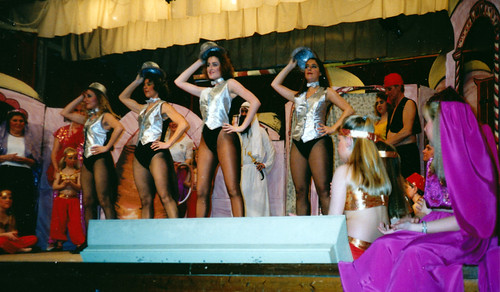 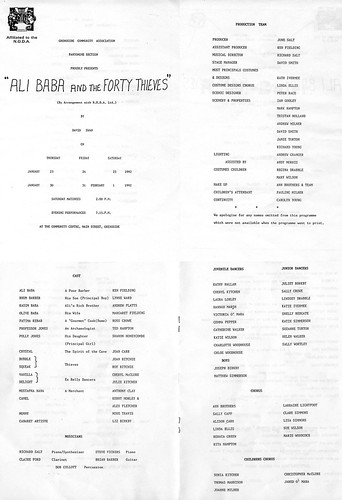 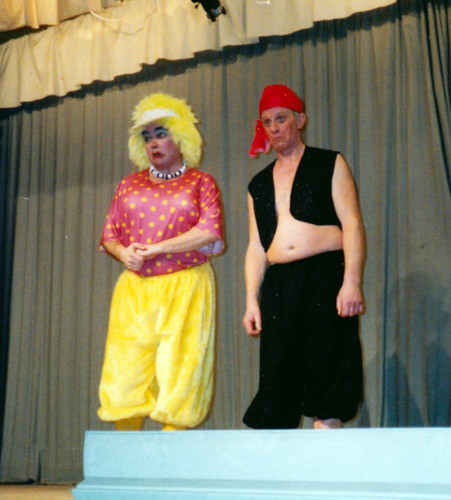 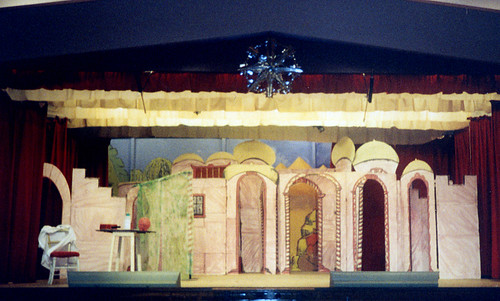 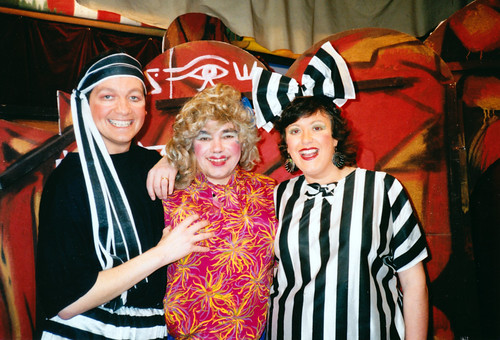 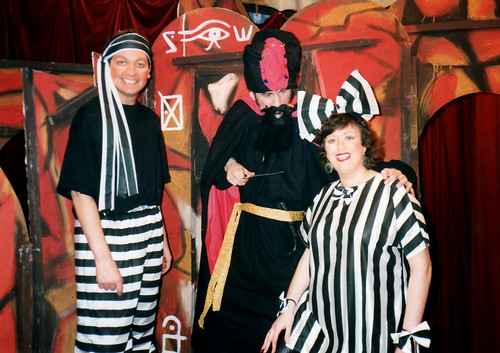 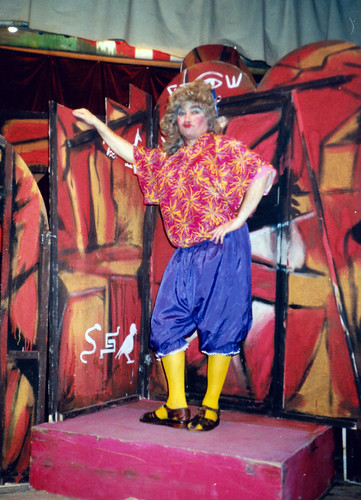 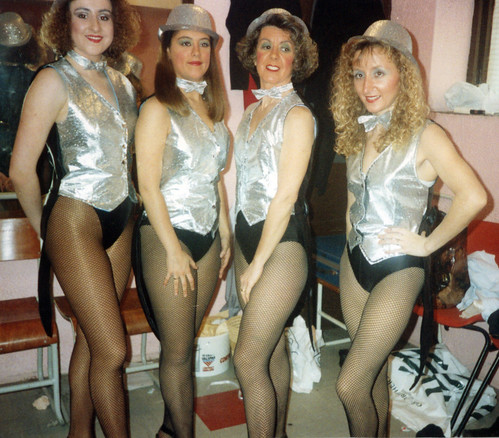 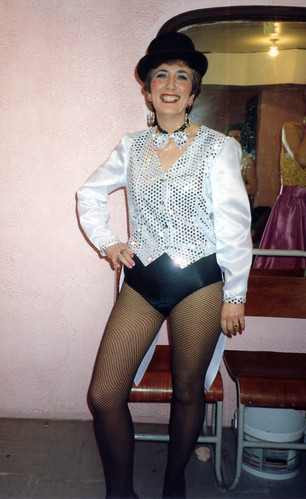 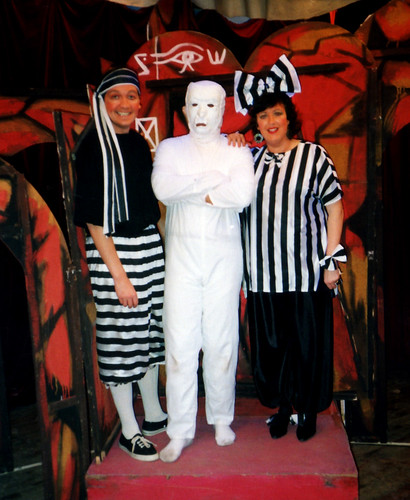 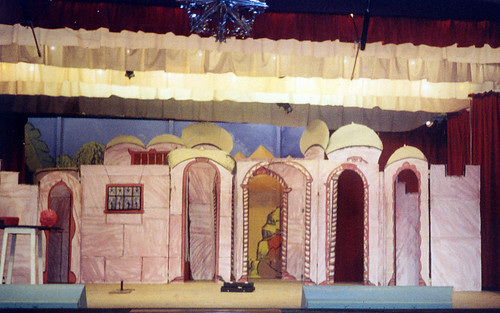 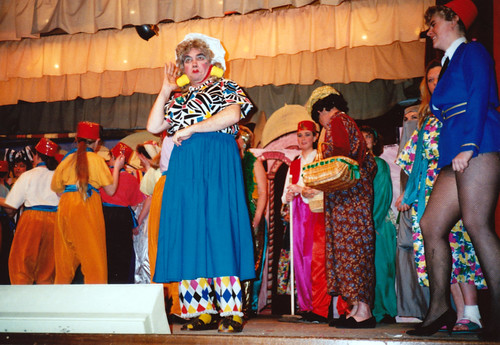 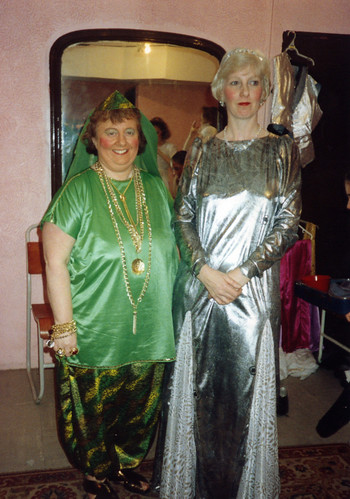 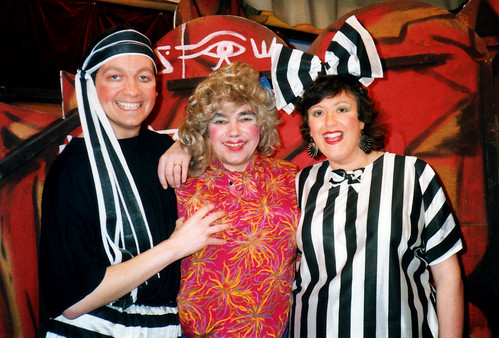 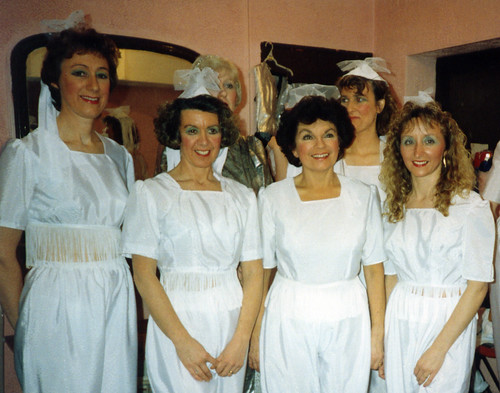 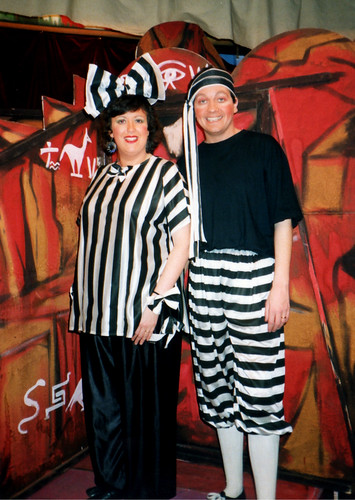 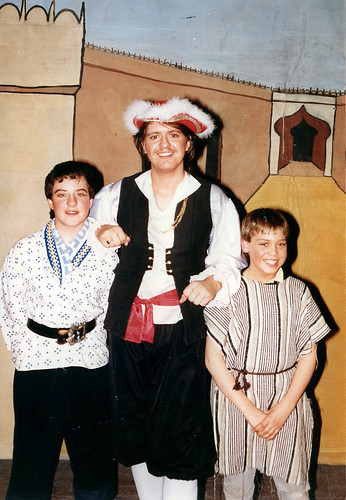 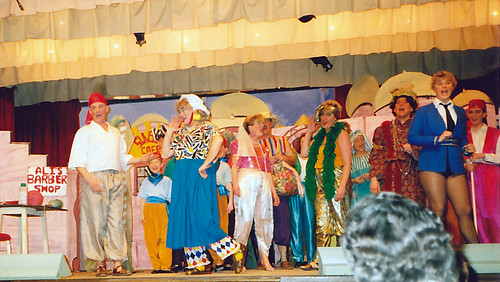